It takes many guts to get on stage and perform in front of a live audience. It takes even more courage to do so on a show like The X Factor. Can you imagine what it must be like trying to keep your cool while singing in front of the likes of Nicole Scherzinger and Simon Cowell? But it wasn’t stage fright that interrupted this young X Factor contestant’s audition.

19-year-old bartender, Christian Burrows, harbored a secret when he stepped in to audition for Britain’s The X Factor. Christian was just a little boy when he lost his two-month-old brother Nathan. Though many years have passed since then, the pain of the tragedy has remained with him.

Christian wanted to dedicate his X Factor audition to Nathan. But he didn’t mention any of this to the judges. For his audition piece, he sang a John Denver song. The performance didn’t sit well with the judges, particularly Simon Cowell, who stopped him midway. Christian assumed that this would be the end of his audition. But Simon gave him another chance, on one condition – that he should pick another song.

Christian asked if he could sing a song of his  composition, much like his idol Ed Sheeran does. Simon was all for it. He told the young man that part of what makes Ed Sheeran so popular is that his songs are heartfelt and personal.

Christian’s song had a slightly shaky start, but he quickly regained composure. He told the judges that the song was something he had written for his baby brother and that his mom was the only one who knew about it. As soon as he hit the first note, it was clear that the song meant a lot to him. The lyrics were full with heartfelt memories of a life tragically cut short. It was so emotional that it managed to bring Judge Nicole Scherzinger to tears.

Christian’s performance secured him a place in the competition and the hearts of all X Factor viewers. His family members were overwhelmed, as well. When Christian finally made it through, they rushed to congratulate the talented singer.

You can watch the emotional moment as it happened in the video below. 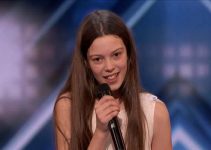 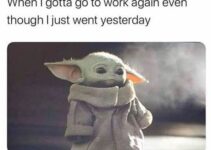 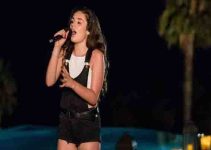