Can someone become a doctor later in life, you may ask? Society is obsessed with the idea of fixing timelines for achieving one’s goals. In reality, though, we can only do things at our own pace. Over and over again, inspiring stories have emerged to assure us that it’s okay to get a driver’s license at 30, finish a degree when you’re past your 30s, and even fall in love in your 50s. It’s time for one such story today.

Nya Syndab introduces us to her mother who is a perfect example of someone pursuing her goals well past the conventional age. She got her degree in chiropractic studies at age 50, after six and a half years of hard work. 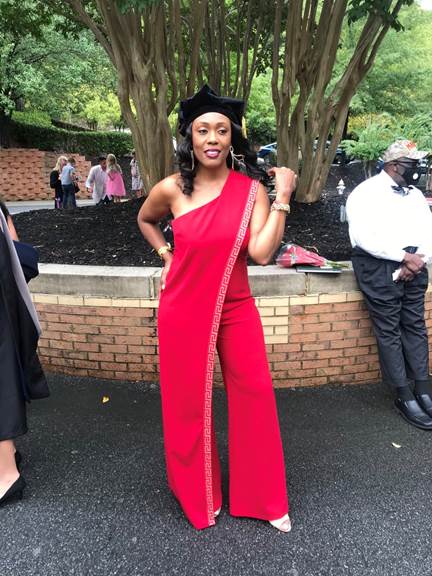 For some, trying to become a doctor at 50 is a risky move. But it does teach us a very valuable lesson.

We’re all so used to the social construct that the sooner we succeed in life, the better we are at it. Most people have learned to think that this is the only measurement of success and to deviate from this means that we’re lost or falling behind in life.

However, the truth is that no two people deal with the same situations. Many of us are unable to follow the timeline that our peers consider as ideal. Nya’s mother decided to be pragmatic about it. Instead of dwelling upon things she couldn’t control, she looked at how to rise above the undesirable circumstances in her life and follow her dream of becoming a doctor.

Success is not a competition. We can succeed at anything we want at any age. 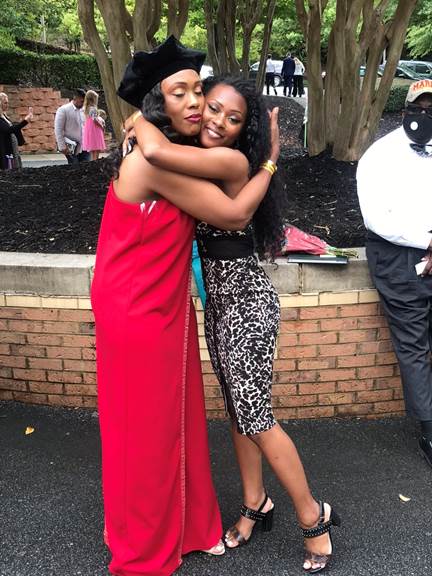 Nya Syndab’s mother raised her two children alone. She then had to quit her job as a high school teacher to move to Atlanta to finish her degree. Looking at her, you wouldn’t guess all that she was going through. There’s no hint of sleeplessness in her face, no bags under her eyes, no signs of being overworked! She has in fact been glowing because she was doing what she wanted to do for a long time.

Aside from maintaining her appearance, she was able to put both her kids in college as well. She is no doubt a strong, independent, and hardworking woman.

Hearing the story of how she became a doctor, we might question ourselves and ask, “What’s my excuse?”

We must also remember that these stories are meant to inspire us and not think less of ourselves and the progress we’ve made until now. Most of us are dealing with our own external and internal situations that can greatly affect how and when we can achieve our goals.

There’s no shame in delayed success. It may come easy to others, but it’s important to keep in mind that you will get there eventually. Even if this means putting in more effort, it’ll all be worth it in the end as it’s your own story.

Nya also has some advice for those who want to pursue a goal but are caught up thinking it’s too late for them. Oh her Twitter, she posted: 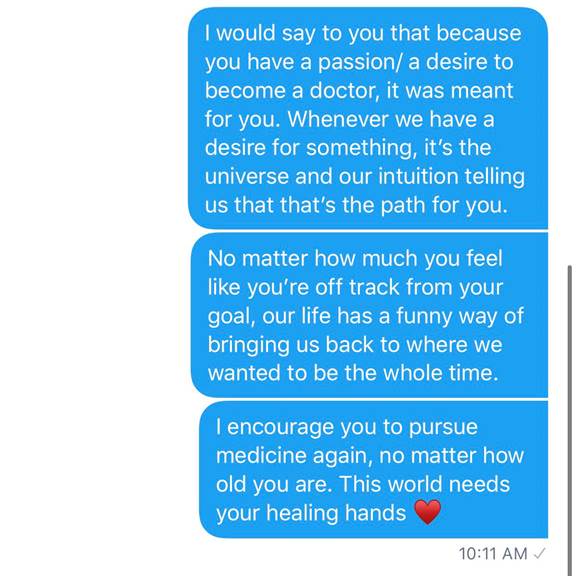 The pandemic has made life a little harder for everyone. There’s no point in being too hard on yourself because you’ve been unproductive in these rough times.

Right now, it’s much more important to stay healthy and follow the correct precautions. Although it’s difficult and everyone is adjusting to the new normal in all walks of life, this doesn’t make us less worthy of opportunities for success when they come our way. We can always start by taking small steps in the right direction.

Again, life is not a competition. We shouldn’t pattern our life to other people’s success stories. We should create our own. Surround yourself with people who believe in what you can do and not those who continue to discourage and bring you down. You’ll make it soon enough. One day at a time. 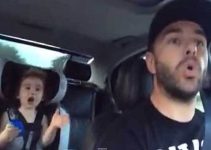 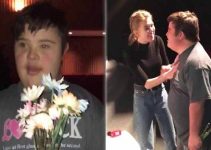