As a kid, you probably had a favorite toy that you carried with you all the time. Every tiny tot tends to have that one special toy that keeps them company everywhere, whether they’re sleeping, eating, or going potty. Toy companions are a great sense of comfort for children. For us grown-ups, though, they’re a great source of cuteness! And it gets even better because it’s not just little humans who like to cuddle with their comfort toys.

Dogs, for example, need their favorite toy as much as we do. And just like us, they don’t care what condition their toy is in—whether it’s barely holding itself together or smelling like an old sock. They will refuse to part with it even when they’ve grown up into adult dogs.

Having a soft and cuddly toy for your dog is also a good way to make them play fetch with you or calm them down during travels.

Other species aren’t immune to the charm of soft plushies either. Cats can also get pretty attached to their toys. It’s quite normal to find cats playing with their toys all day until they’re tired enough to fall asleep. This also happens to be a great way to help them feel comfortable and extra safe during car rides or when visiting the vet.

Well, gear up for a real treat because we’ve collected photos of different animals with their favorite toys. No matter how you’re feeling right now, you’ll be smiling by the time you’ve seen them all!

1. This Dog Has Had A Little Toy Buddy With A Heartbeat Since He Was 3 Months Old. Here He Is, Snuggling With It Moments After His Owner Changed Its Batteries. 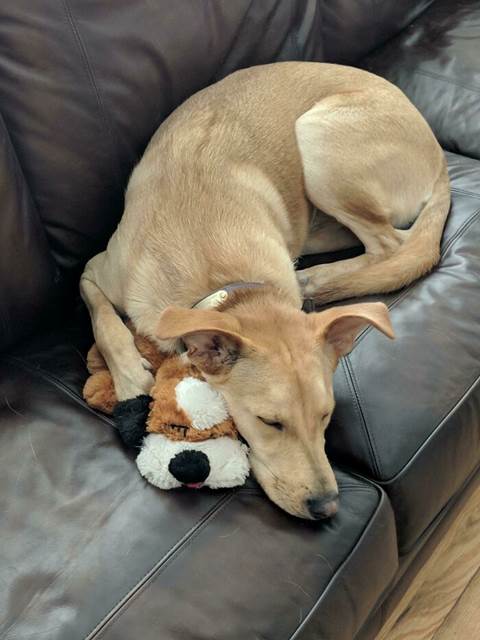 2. Even During His Last Years, Sam Still Cuddled With His Toy Duck. RIP, Gentleman Cat! 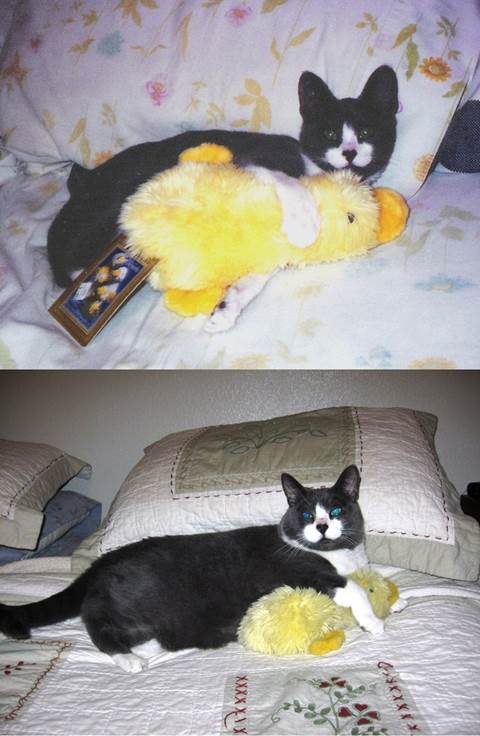 3. This Hedgehog With A Soft Plushie Shows Us The True Meaning Of Contentment. 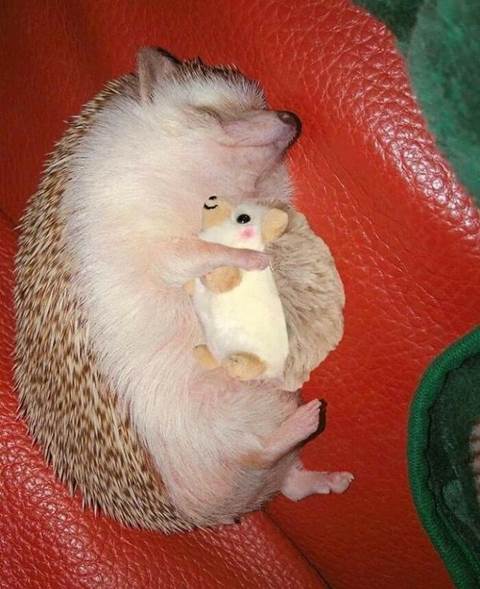 For these adorable pets, toys aren’t a luxury. They’re a necessity.

Toys help them deal with separation anxiety when their owners aren’t around to snuggle or play with them. They provide comfort when these pets feel scared or nervous, and also prevent them from developing certain negative behaviors.

While cats can get very picky about their toys, dogs are willing to play with anything that they can chew or get their paws on. This can distract them for hours on end, so it’s important to monitor them and make sure they take the occasional break from playing. Of course, monitoring their playtime also means keeping an eye on their ‘toys.’

According to The Humane Society of the United States, dogs usually get attracted to things that can be dangerous for them. Dog-proofing your home becomes essential in the interest of keeping a safe space for your furry friend. This can be done by keeping strings, ribbons, rubber bands, children’s toys, and slippers out of your dog’s reach. We wouldn’t want them chewing on inedible things that contain harmful chemicals.

4. According To His Owner, It’s Always Entertaining To Watch People’s Reactions When They See This Dog Wearing A Rather Unusual Toy. 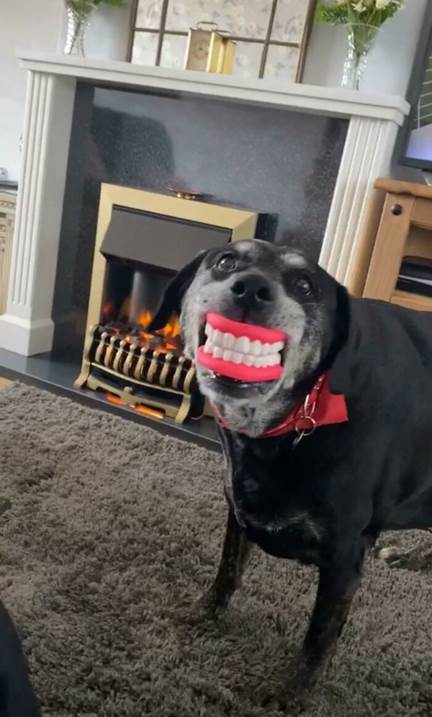 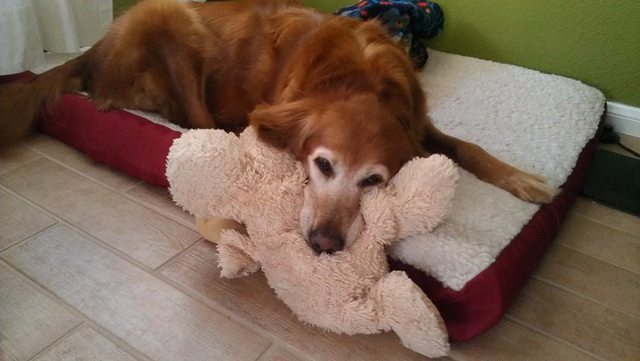 6. This Elegant Horse Proudly Shows Off His New Fish Plushie! 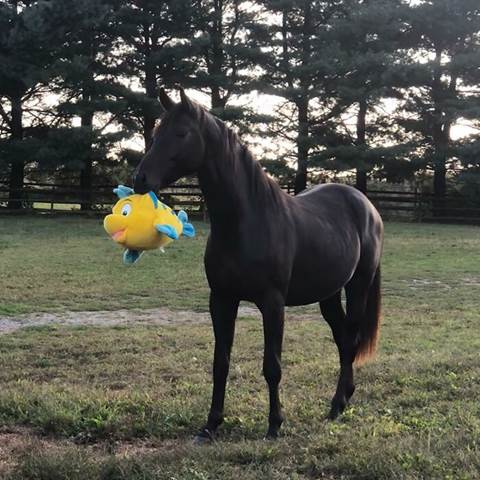 7. He Happily Introduces His Favorite Toy Whenever Someone Comes Over For A Visit. 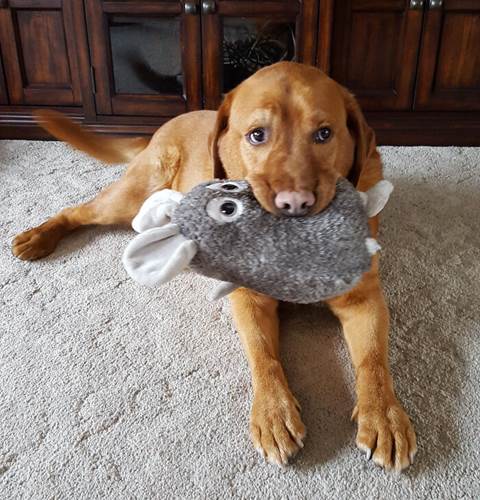 8. This Doggo Is Pleading To His Owner Not To Take All His Plushies Away.

9. This Loving Cat Carries His Toy Everywhere —Even In The Kitchen. He Thought It Was Hungry Too. 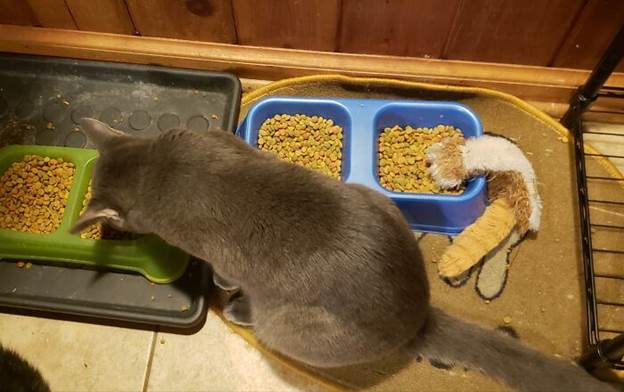 10. It’s Been Six Months, And It’s Still Her Favorite Thing In The Whole World.

To ensure our feline friends’ safety, toys (especially those attached to a string) should be inspected from time to time for any loose pieces, wires, or clamps. According to Ingrid King, a former veterinary hospital manager and author of five cat books, many cat toys use safety pin-type attachments. This can potentially harm cats when they accidentally chew on that part of the toy to pop the pin open.

King explains, “Keep fishing pole toys out of your cat’s reach when they’re not in use. Cats can become entangled in the string, or even eat and swallow it, which can cause an intestinal blockage.

“Don’t let cats play unsupervised with electronic toys that have moving parts. Depending on the toy, paws and whiskers may get caught in the mechanism and your cat may be injured, or at the very least, traumatized.”

11. Every Morning, This Cute Puppy Likes To Take His Tiger Toy With Him To Go Potty, And It’s The Cutest Thing Ever! 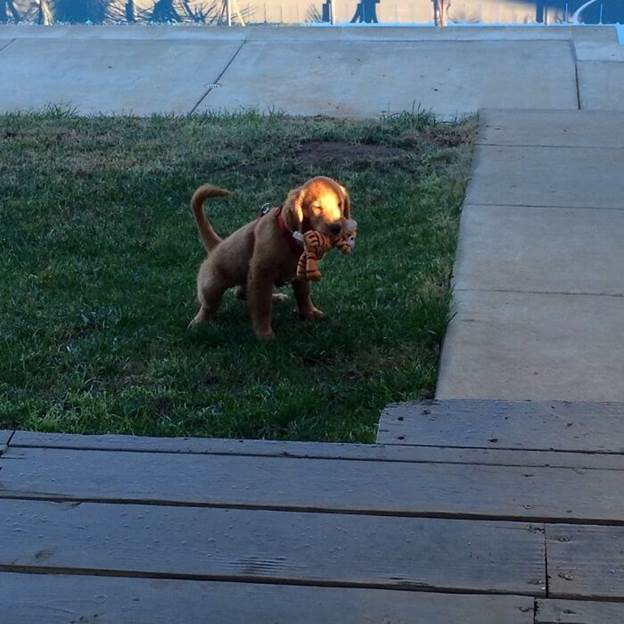 12. He Cannot Sleep Without His Striped Kitty. Such An Adorable Pair! 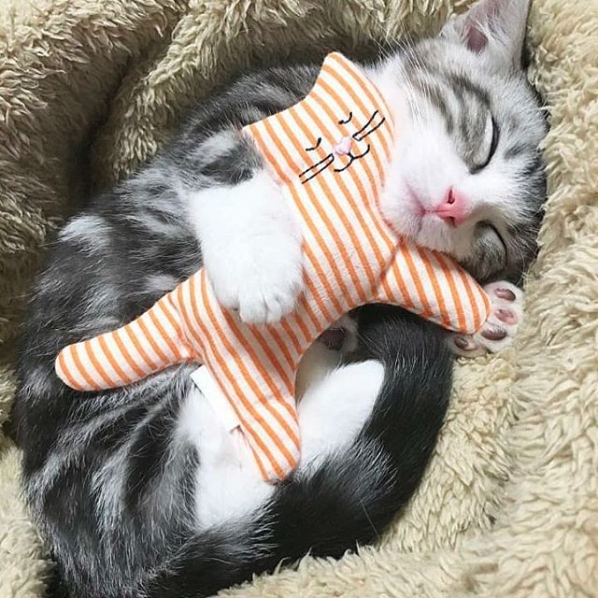 13. This Cat Brought His Precious Toy With Him When He Moved To His New Home. He Was Just 5 Months Old Then. Some Things Never Change! 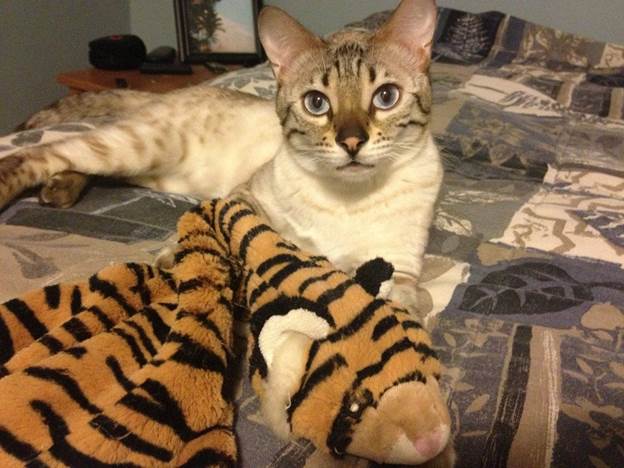 14. She’s Ripped Up Every Toy She’s Ever Had Except For Mr. Dino. 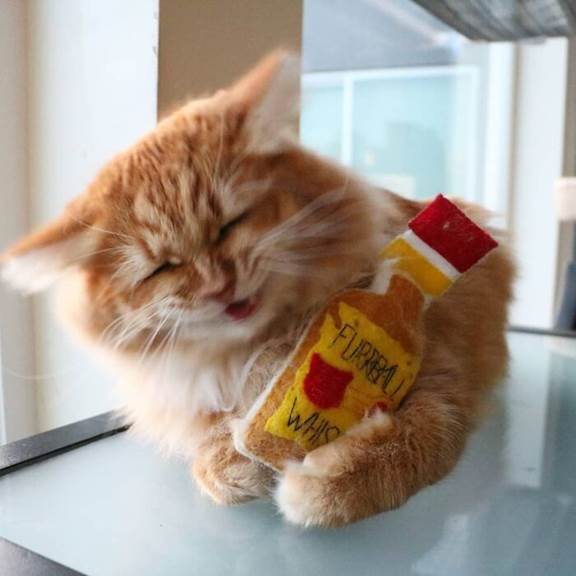 16. This is Scott. After Two Years, He’s Grown Big, And So Has His Love For His Bunny Friend. 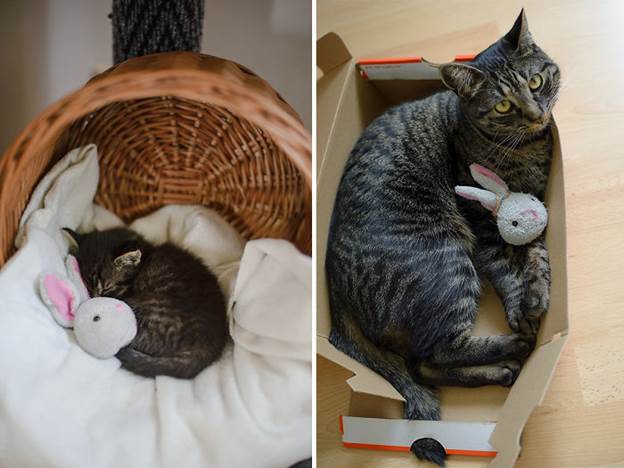 17. This is Willow. She Likes To Show Off Her Toy Collection When People Come Over. 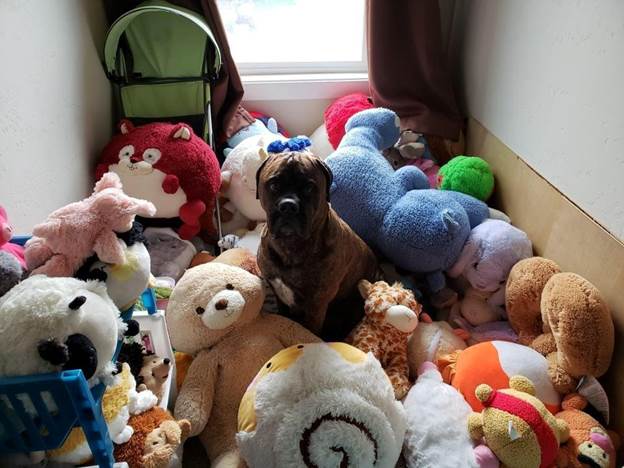 18. She’s Almost Completely Blind and Deaf, But She Loves Playing Fetch More Than Anything Else. 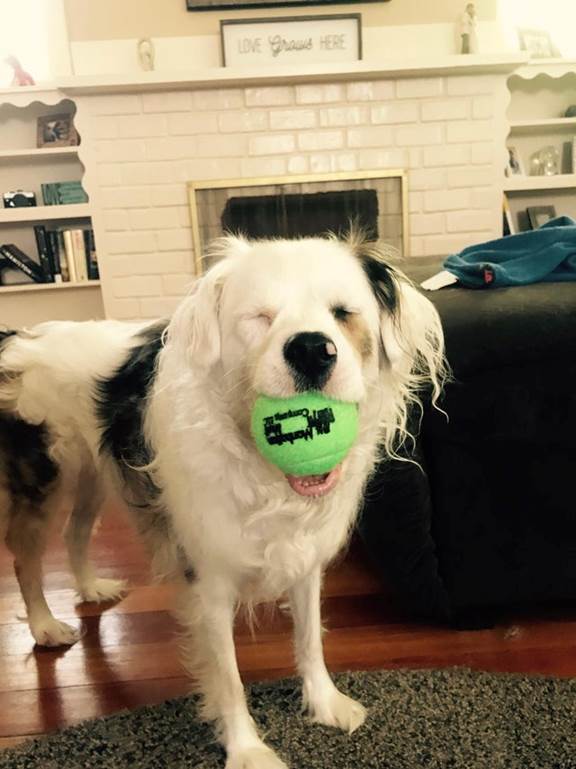 19. His Owner Bought Him A Toy Squirrel When He Was 8. Ten Years Have Passed, And He Is Still Grateful. 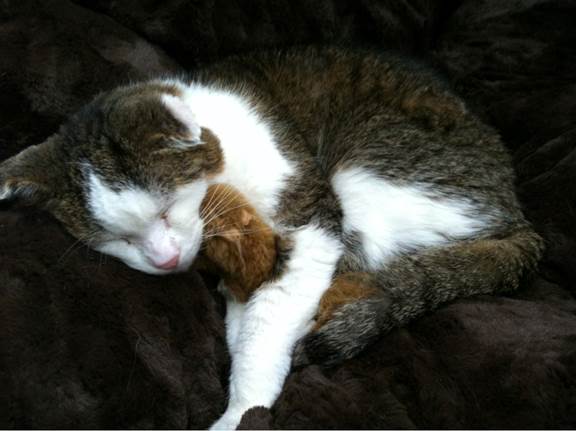 20. Her Favorite Toy Is A Mini Version Of Herself. 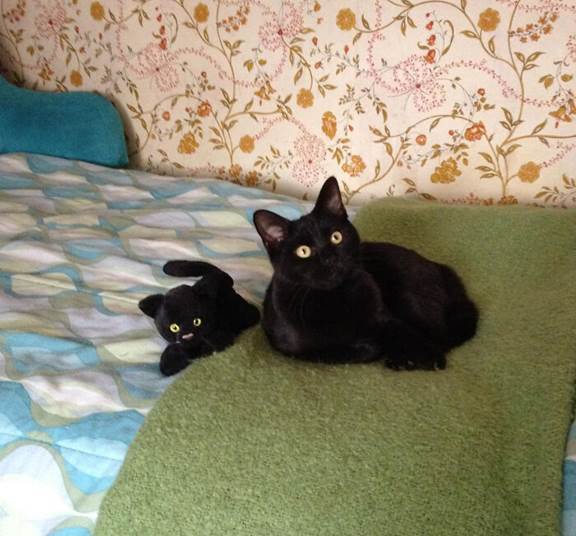 21. Koala Was Given A Plush Toy Version Of Himself And Refused To Let It Go. 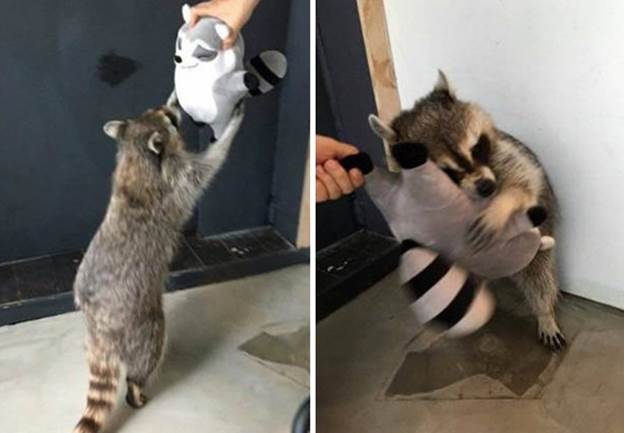 22. This 14-Year-Old Cat Becomes Grumpy When Someone Tries To Take Away Her Favorite Toy. 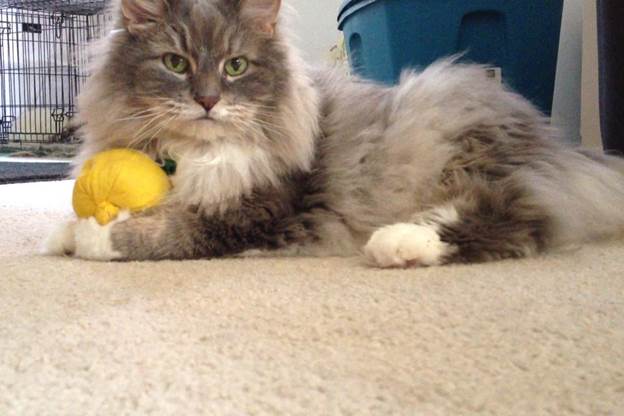 23. Puppy at 3 Months VS One Year, But With The Same Squeaky Toy. 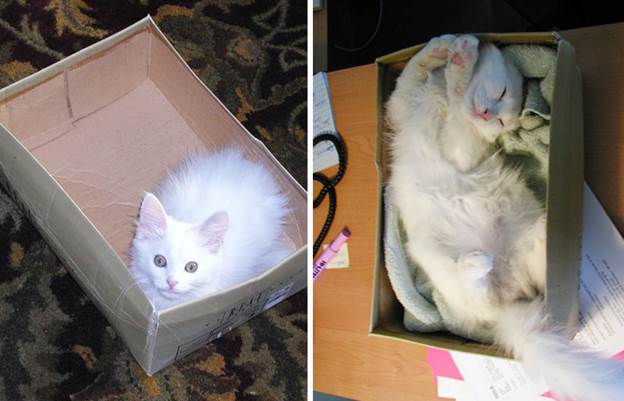 25. She Likes Her Toys Organized This Way. 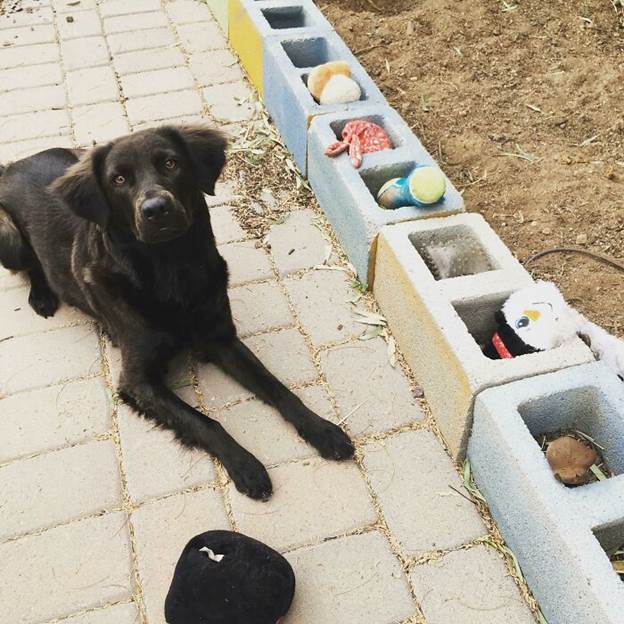 26. Trooper The Pup Loves Snuggling Next To His Favorite Toy. 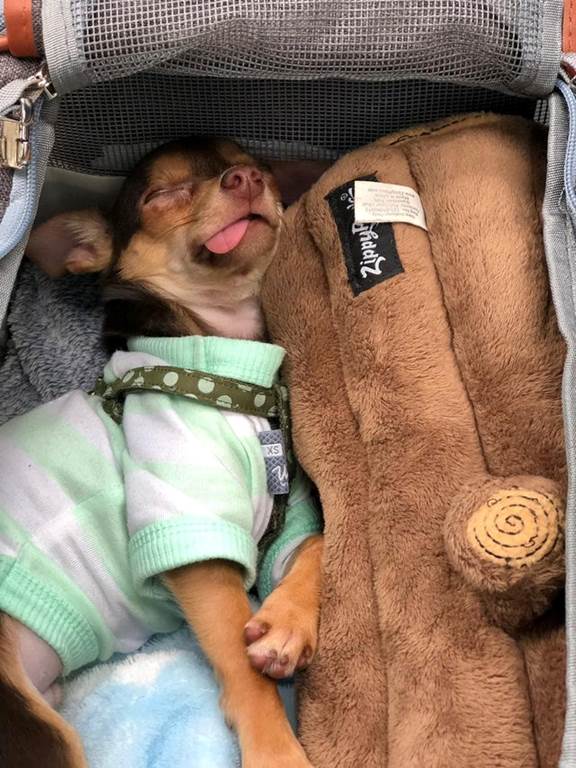 27. Remi Falls Asleep With His Favorite Dog Toy After A Long Day Of Playing In The Yard. 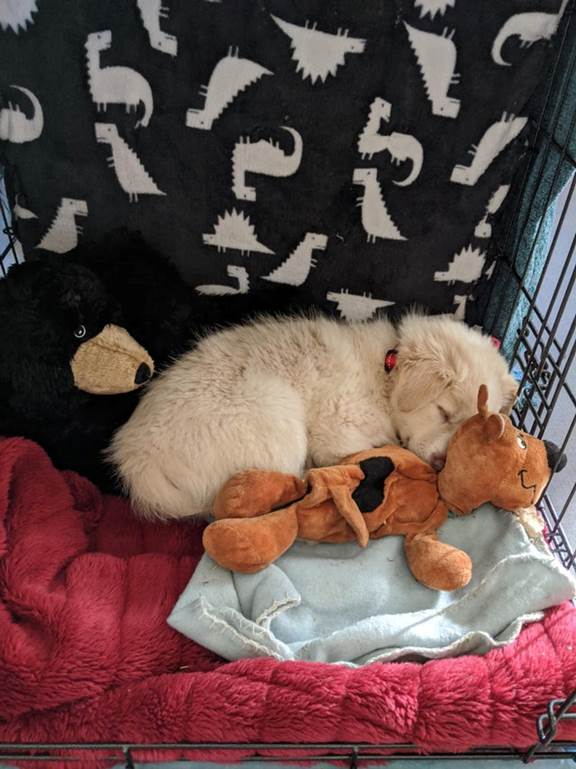 28. This Fluffy Cat Treats Her Favorite Toy Like Her Own Kitten And Grooms It. 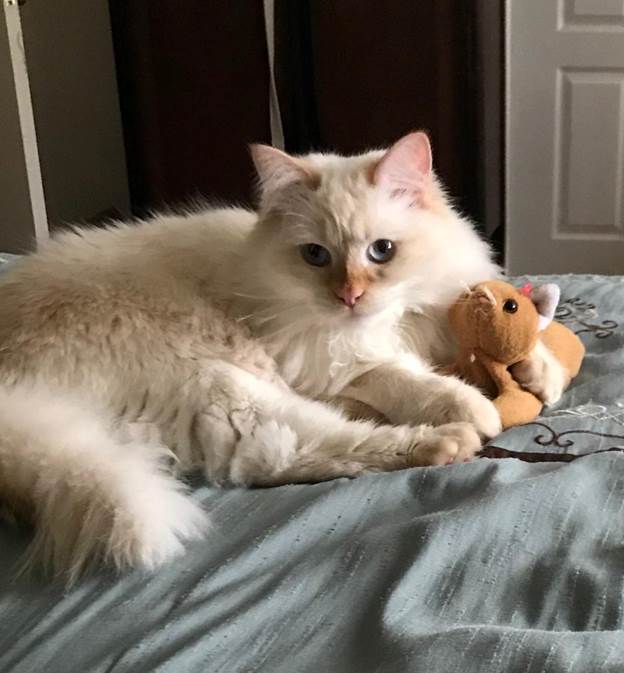 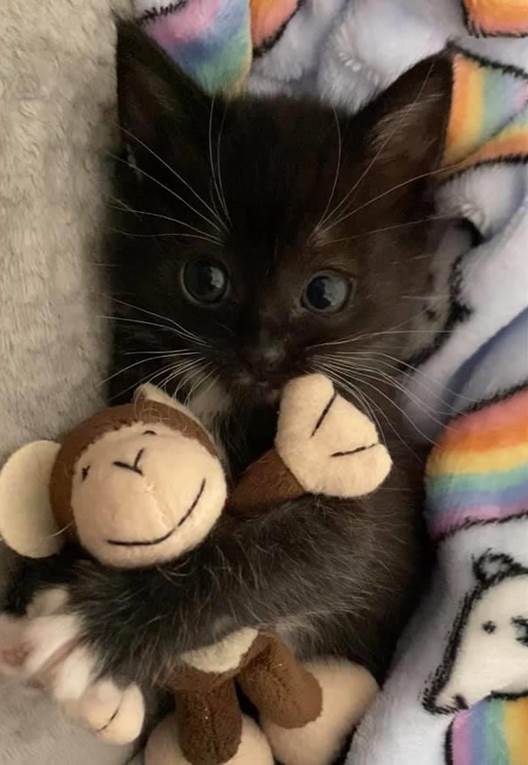 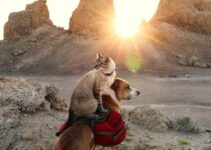 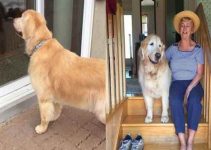 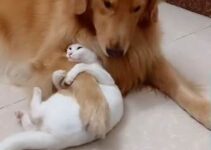