Many internet-famous dogs have made a permanent home in our hearts. There’s Boo, Maddie, and MenswearDog, among others. All of these puppers share one thing—they are undeniably adorable. Recently, another dog has been getting many heart reactions for her little weekly habit.

Every canine breed has its unique charm and characteristics. But if there’s one breed that the internet is mostly going crazy about, it’s probably the Golden Retriever. Goldies are very sweet and clingy and well known for being able to fit several tennis balls in their mouths!
For this Golden Retriever, it’s not just the tennis-ball-fitting skill that she mastered. Let’s find out what Ellie has been up to.

Ellie’s Dad Likes To Order His Favorite Dinner From Chick-Fil-A. 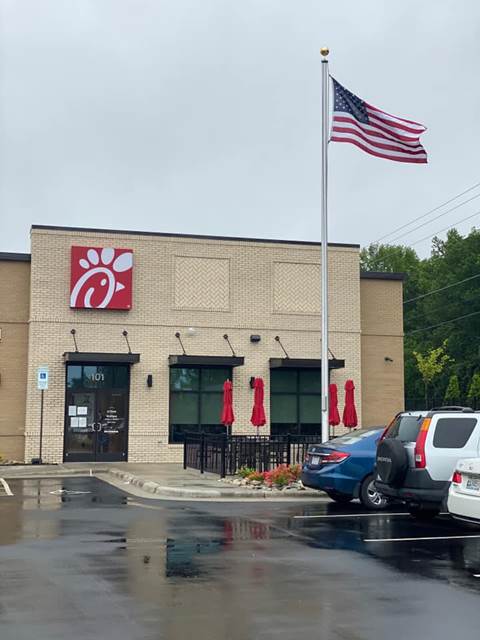 Ellie’s owner, Nick, is a big fan of Chick-fil-A, a fast-food restaurant famous for its chicken sandwiches. Once or twice every week, he orders his favorite meal through the Chick-fil-A mobile app. He then drives Ellie to pick up the order at the same Chick-fil-A branch in Chapel Hill, North Carolina.

The Staff Of Chick-Fil-A Has Grown Fond Of Ellie And Her Dad. 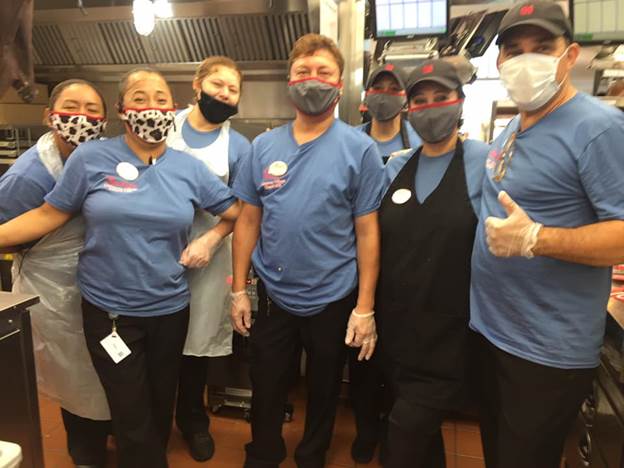 Ever since the pandemic forced everyone to stay home, Chick-fil-A has adapted to this new way of taking orders. And if you ever come to order at the Chapel Hill, North Carolina branch, the whole staff will happily tell you about Ellie.

Newsflare interviewed an employee named Amanda to describe Ellie and her dad’s adorable ordering process at Chick-fil-A. “After her owner places the mobile order, Ellie waits in the designated parking spot until she sees one of our members come out with her bag,” Amanda explained. “She then runs to the team member, takes the bag, and gently trots back to her owner. She carries the bag all the way home, about 0.3 miles.”

This Has Become A Weekly Dog And Dad Routine. 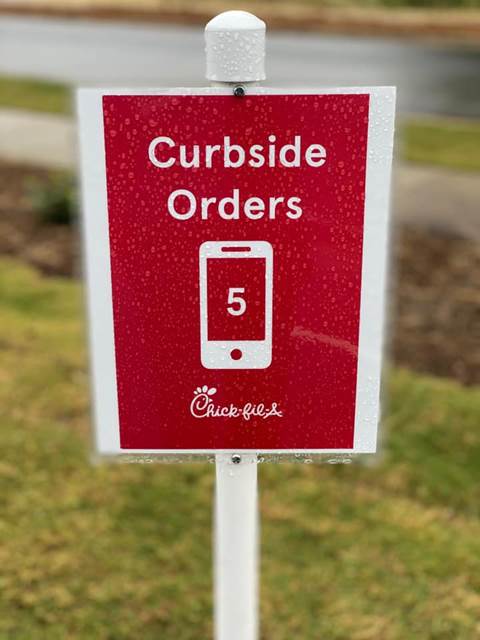 This quickly became a weekly routine and bonding exercise for this dog and her dad. The Chick-fil-A staff have gotten so used to their furry customer that they instantly hand Ellie the bag. She then rushes back to deliver it to Nick.

It’s quite a sight to see, and people can’t help but pull over and take videos of Ellie as she happily retrieves the food bags. It’s too adorable not to share! 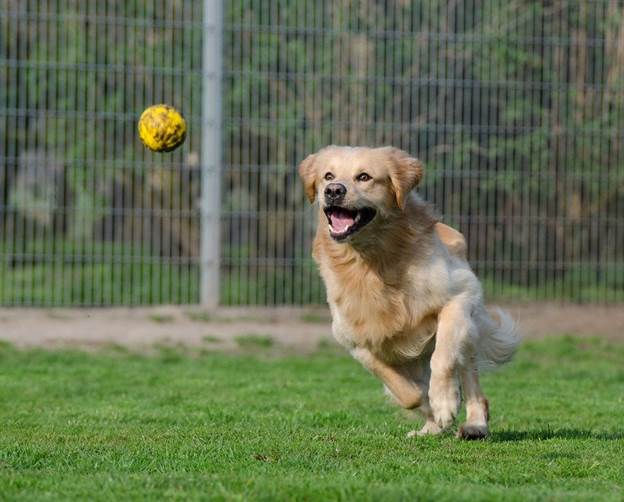 Golden Retrievers are a friendly, intelligent, and devoted breed. Aside from being adventurous and playful, they are straightforward to train. No wonder Ellie got the hang of taking the orders right away. She probably likes the exercise too, because Golden Retrievers sure love to run! This breed is not only a perfect family pet but can be the best companions as well.

Ellie Has Taken The Internet By Storm. 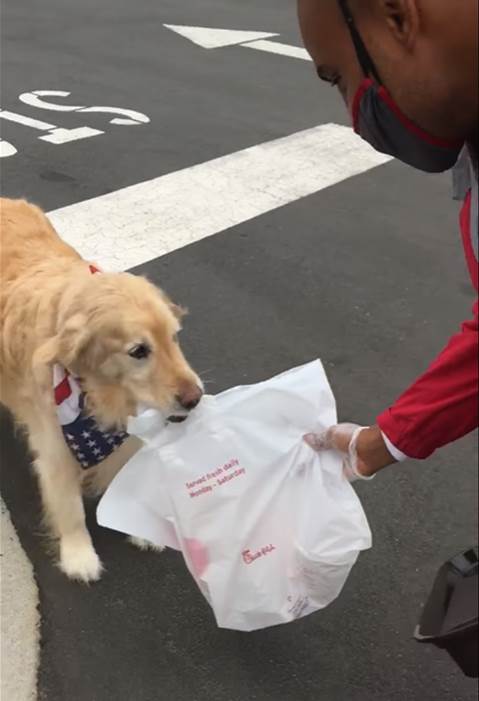 Chick-fil-A filmed Ellie one day as she collected her dad’s order from the restaurant. You can see how she wags her tail happily as she runs towards one of the restaurant’s staff members, who instantly gives her the bag. Ellie looks so excited in the video; it’s clear that she looks forward to this every week. “It’s Ellie’s favorite thing to do,” said Nick.

Chick-fil-A posted the video on their Facebook page and got over 4 million views and 30 thousand shares! Because of this, Ellie is now on her way to becoming a commercial model. She will play the starring role in a Chick-fil-A commercial to show everyone her exceptional delivery skills. 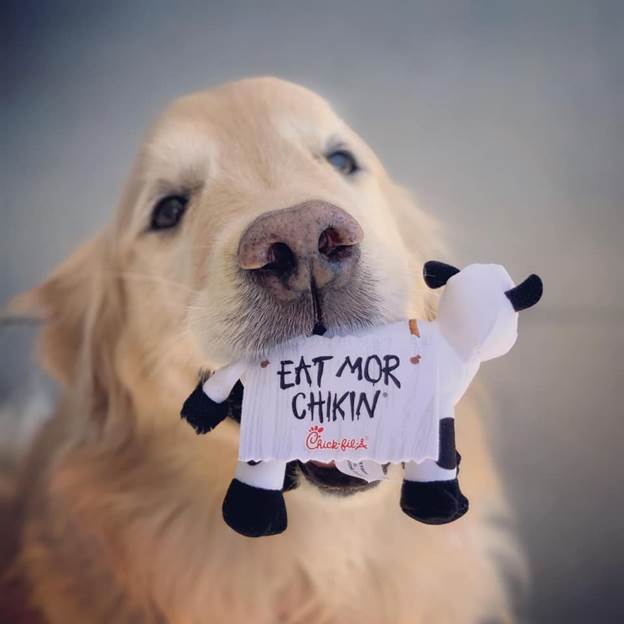 This is what the online community has to say about lovely Ellie and her delivery routine. After being posted on Facebook, her video has got over 15 thousand comments. Most of them expressed how cute she is and how they admire her intelligence.

“Awe look how happy and proud she is with that tail wagging.”

“This is hands down one of the cutest things I’ve seen…. What a good girl! Ellie, at 1.4 million views in one day you’re officially famous, sweet girl. And rightfully so.”

Others wondered what their own four-legged companions would do.

“I love that,” a Facebook user wrote. “My dog would eat it before returning to me!!” 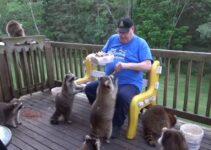 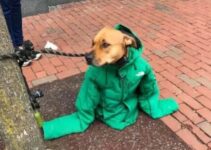 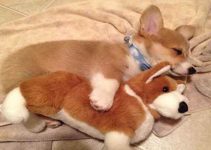