Home
Animals
6-Year-Old Boy Saves Up For Puppy, Gets A Surprise For Being Thrifty

If you ask kids what they would want right now, a standard answer would be—yes, you’ve guessed it—TOYS! A big truck, a plushie, or some good old Lego blocks—kids are always up for playtime. Except for this 6-year-old boy. Instead of toys, all he wants is a puppy. So much so that he has been saving up for a puppy for almost 18 months!

It’s extremely rare for a kid his age to be already thinking about saving up for something that he wants. Little Xander has exhibited a great deal of maturity. Instead of throwing a tantrum when he wasn’t given a puppy at his first request, he realized that he needed to work for it. He’s not just getting a puppy; he’s also starting to learn the importance of responsibility.

A puppy would definitely make a good companion for this kiddo as he grows up. They can play and do all sorts of activities together. If Xander wants, he can even teach the pup a few tricks. He may have already imagined all of this and couldn’t wait to save up enough to get one.

Xander Is A 6-Year-Old Boy Who Badly Wanted A Puppy. 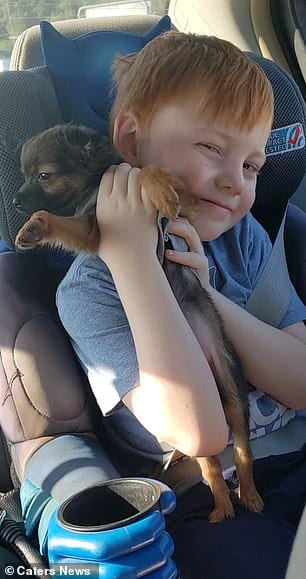 Xander Mellor from Springfield, Illinois, has one wish: to get a new puppy. He tried hard to convince his parents, but his charm didn’t seem to work. Eventually, he grew tired of waiting and came up with a practical idea.

Young As He Is, Xander Started Saving Up For A Puppy Of His Own! 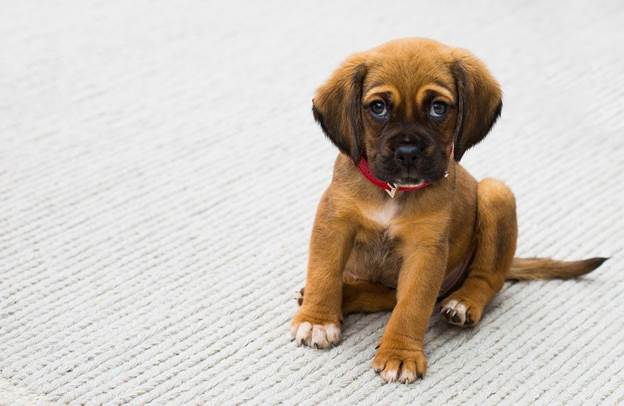 Xander took matters into his own hands by starting to fill up his piggy bank. According to his mother, Natalie Ellenburg, Xander saved all his spare change (probably from spending his school money) for almost a year and a half. It may take him a while to earn enough for a new puppy, but he certainly doesn’t lack resolve.

He Was In For A Big Surprise. 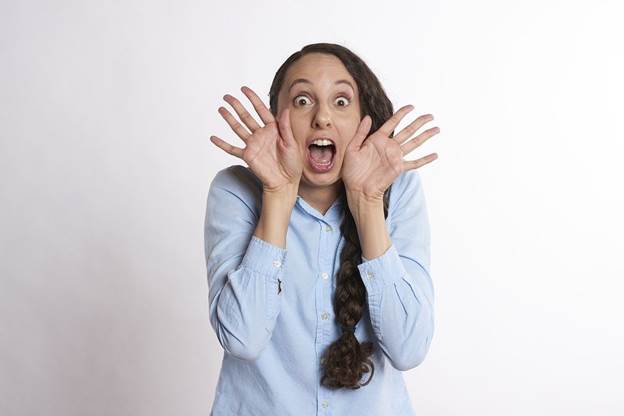 It turns out, Xander’s parents were planning to surprise him. They were deeply moved by their son’s determination to get a puppy. Even though they were hesitant at first to grant his request, they were convinced that Xander deserved to get what he wished for.

Xander Had No Idea What His Parents Had Done. 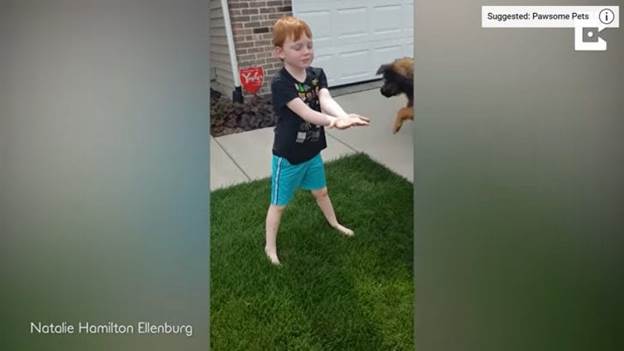 While Xander was busy saving up for his puppy, his parents were hatching a plan of their own. One day, they took him to see his grandparents. He thought it was just a normal visit, but then his parents told him to close his eyes and wait outside the house. A car was waiting, and his grandmother stepped out of it.

The Moment Of Truth Came… 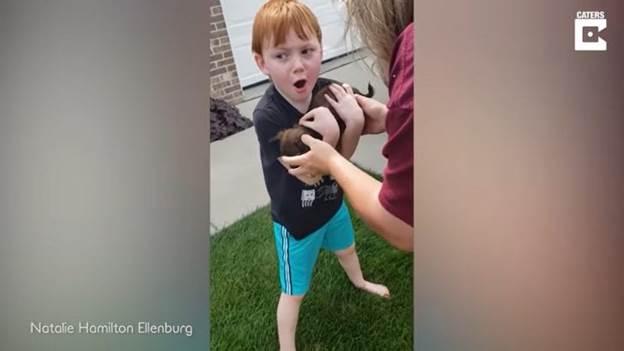 As he obediently closed his eyes and held out his arms, his grandmother gently placed Marshmallow, a tiny brown puppy, in them. Xander couldn’t believe his eyes. He finally had a puppy of his own!

As he held the little dog in his small arms, his mom asked, “What do you think?” His voice almost cracked when he replied, “I loved it.” He then found himself bursting into happy tears.

The Start Of Something New 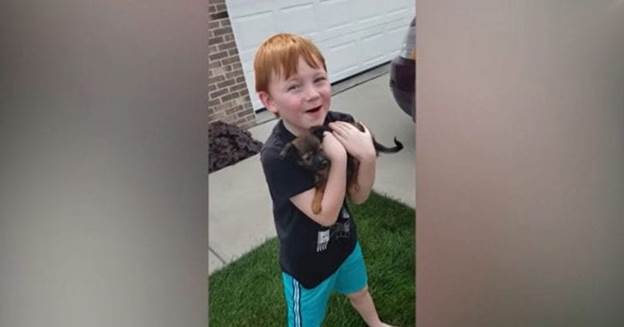 Raising a puppy is not easy. There’s waking up to chewed slippers and pillows. There’s also the endless playing and barking. But it seems Xander is quite ready to match the puppy’s energy. Plus, he has his parents guiding him along the way so he can become a responsible pet owner.

It’s the start of another chapter for little Xander and Marshmallow.

We bet you’ve never heard of a 6-year-old saving up for a puppy before! To watch Xander’s emotional reaction, click the video below, and prepare to be overwhelmed. 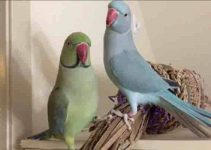 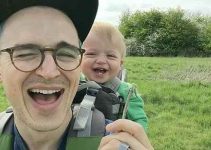